Surface tension is the glue that binds water into a cohesive sphere and the force that makes water bead up on a surface.

It is one of the amazing properties of water.

It can be broken up.

In this experiment, we will break up the surface tension in water using a common household item.

We’ll make it easier to see by sprinkling peppers into the water. 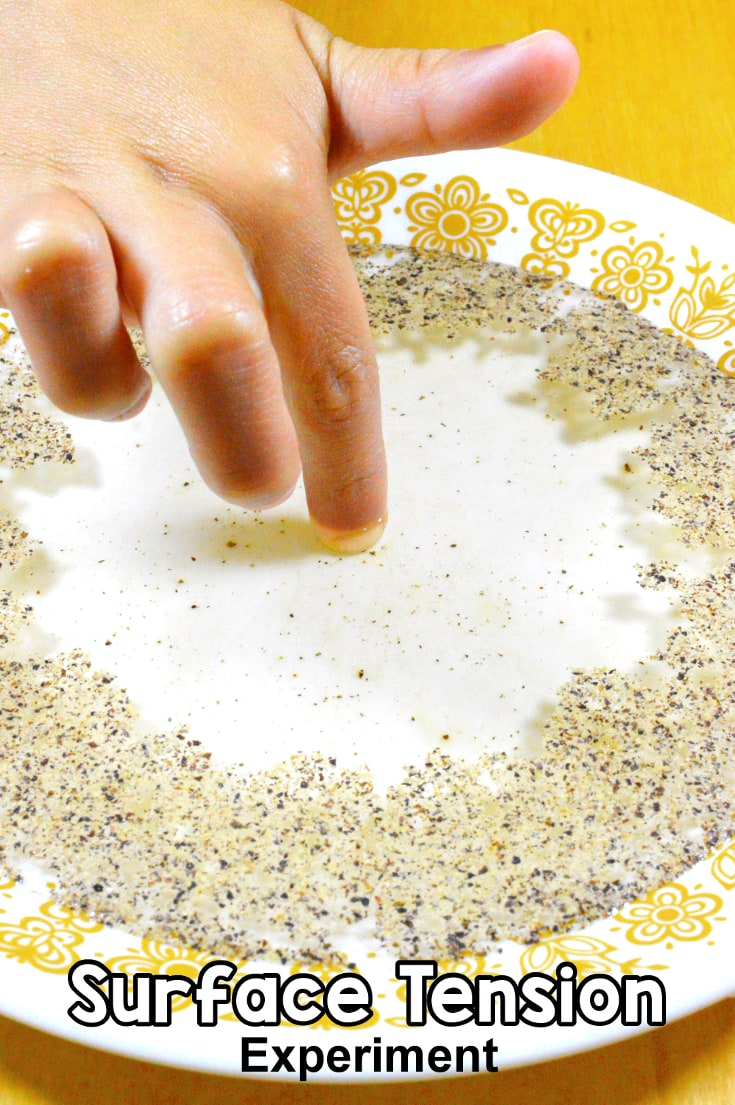 Did your magic spell just cause the pepper to immediately scatter and dart away from your finger towards the edge of the plate?

No, it’s not your magic spell. It’s water’s surface tension.

More precisely, it’s the soap breaking the surface tension that caused the reaction.

Surface tension exists in water because water molecules (the little pieces of water) tend to stick to one another (cohesion).

Water has high surface tension, which means the molecules are pulling each other on the surface very strongly.

The pulling is so strong that when you first sprinkle pepper onto the water, it sits on top of the water instead of sinking into it.

Therefore, water molecules close to your finger are pulled away by molecules farther away carrying the pepper along with them.

And because the surface tension is broken in the middle, some pepper sink to the bottom (because pepper has a higher density than water).